As a recently married gal who has been in the same relationship for nearly ten years, I have been more aware of blog posts and articles about the subject of marriage. They fascinate me mostly because I just simply can't relate to them. Many bloggers confess to marriage being the hardest thing they have ever endured, that marriage takes hard work, and that they are so thankful to have made it as far as they have. I have been inundated with posts like these as of late, but they leave me wondering what I'm missing. I'm just not quite getting what makes marriage so difficult.

Maybe Andrew and I have it good. Maybe we're just that compatible, or we just have a knack to working well together, or respecting others, or communicating, or what have you, without even thinking about it. I not sure really what it is, but I guess I just don't see it as hard work. If you love and respect someone and that is a mutual thing, then I think it just comes easily. That is not to say that we've never had arguments about anything, but I just can't ever remember a time when I felt at my wits end over our relationship as so many others have confessed. 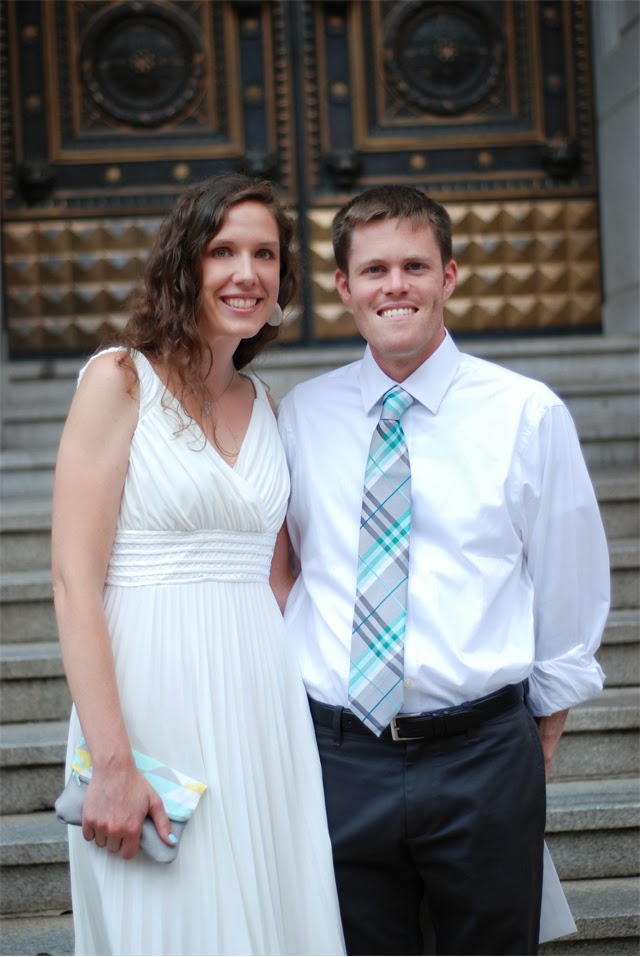 This weekend, after already reading a plethora of these articles on how to keep a marriage together, I happened upon another article dealing with marriage that I simply couldn't leave on the back burner. This time, my cousin had fueled the fire with a post on facebook sharing this article about 25 Ways to Communicate Respect to Your Husband. As a married male, he was posting the article in a WTF?! kind of way and even stated something to the effect of "respect is a two way street."
I was curious, so I began reading the article. As I began reading, I realized that it was a list of ways in which the woman must act only for the husband in a relationship-- to me, this was not a list of ways to maintain a healthy relationship. I got as far as number 11, "Eyes Only For Him," before I felt like I was going to lose my lunch and had to stop reading. Was this truly a woman writing this article?! And how could she possibly feel that thinking only of meeting her husbands needs and catering to his beck and call is a healthy relationship?! What about her needs? About what makes her happy? Is there no mutual respect?
While I suppose there is some small amount of merit to a few of these points if taken on a mutual level, I just couldn't get past how archaic a large majority of her points were. I was angered that she suggested that women must reciprocate whenever their husband is in the mood for sex. Outraged at the fact she believed women should dress only to please their husbands. Horrified by the many points she makes in which the wife should not speak her mind, make decisions, or question decisions made by the husband. Disgusted by her insinuation that women should be the only one responsible for a clean house and food on the table.
This is submission.
Submission and choosing to accept that men are more powerful and mean more than the woman in a relationship. That women are less than. That women should not be honored and respected in the same way. It is antiquated thinking that I just can't wrap my head around or deem as acceptable in our modern society. Women have worked far too hard to make it to the point at which we are in the world today, and this article felt like a slap in the face, a step backward from the freedoms and equalities that have been accomplished thus far.
Power is a frightening thing. When one has a sense of power, they will most likely do things that they may otherwise not have thought to do. And when there is no longer a balance of power in a relationship and we give power to only one side, it is no longer healthy. Both sides of a relationship should be equal, and to disrupt that equality to create a system of subservience versus power, changes the way people view each other and respect each other. While, the author of the article may find that a woman should do these things to show respect, what she hasn't considered is the way in which she is disrespecting herself in return. And above all, if we don't respect ourselves, living a fulfilling life is much harder to do.
After mentioning the article to Andrew, I finally mustered the courage to finish reading it in its full length. I read the article aloud to Andrew as we drove home from our weekend grocery trip. "What is this?! What kind of man treats his wife like that or expects those things from her?!" he exclaimed. And then it hit me. Maybe that is why marriage is so easy-- because we take our relationship as a two way street. We respect each other equally, allow the other person to be who they are, and hold no impossible expectations over the other's head. And to me, that mutual respect is truly what love and relationships are all about.